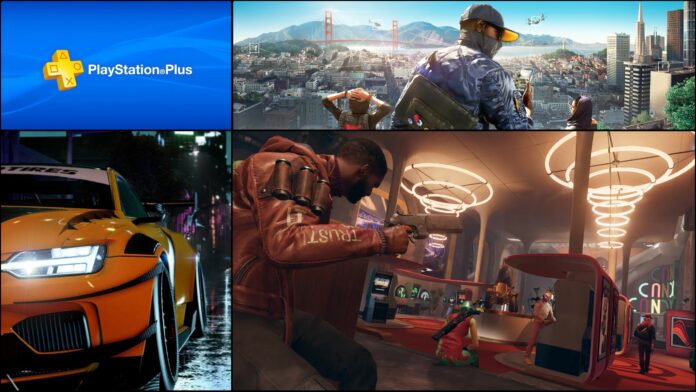 Sony has finally announced all the new games coming to their PlayStation Plus subscription for September 2022. PS Plus subscribers are in for a treat this September as Sony is adding a mix of both new and classic titles to their service.

Moreover, PS Plus subscribers are getting loads of new titles this month. Here are all of the new games coming to PlayStation Plus for the month of September. Read on to find out more.

It’s no secret that Sony adds new games to their PS Plus subscription on the first Tuesday of every month. Starting September 6, here are all the games available for those in the Essential tier of the PS Plus. Take note that these titles are available for download until October 3. Although only three games are added to the Essential tier, Sony makes up for it with the line-up they have for the next two tiers. A whopping seventeen titles are coming to the subscription service, much to the delight of those with a PlayStation Plus subscription.

But while waiting for those games in the higher tiers to come out, these three games are worth checking out. If you’re a fan of the Need for Speed franchise, add NFS Heat to your list once it becomes available on the service tomorrow.

On the other hand, if you want a more relaxed game, Toem is a fun puzzle adventure game. The only downside to the game is it has a quick playthrough. However, the story and overall gameplay makes up for its length.

And finally, the Essential games for this month also has something for anime fans.

Games arriving to the PlayStation Plus subscription starting September 20

Some of the highlights of this month’s impressive line-up are Deathloop and Rayman Legends. Here are all the games available for PS Plus subscribers in the Extra and Premium tiers starting September 20. If you have a subscription in the Extra tier, consider immediately downloading Deathloop once it releases. From launch until today, Deathloop holds a high rating for a PlayStation 5 exclusive.

So if you’re looking for a game that will give you a great experience overall, add Deathloop to your downloads. Additionally, more players will have access to its multiplayer mode once it becomes available on the PlayStation Plus subscription.

And for Ubisoft fans, September is your month. Aside from Assassin’s Creed: Origins, you’ll also get Watch Dogs 2, Rayman Legends, Scott Pilgrim vs. The World, and Rabbids Invasion: Interactive TV Show.

You can switch from Watch Dogs 2 to Assassin’s Creed: Origins if you’re a fan of open-world games with the ability to parkour your way around. But if you want our personal opinion on which game to play, you may want to try out Origins first if you haven’t.

Assassin’s Creed: Origins marked the beginning of Ubisoft going more historical in their games. Plus, the world in Origins is vast and beautiful. Trust us when we tell you those views at the top of the pyramids of Egypt make the climb worth it. As for the Premium tier of the PlayStation Plus subscription, gamers in this tier have access to six classic and retro titles. If you like 3D platformers, then you may want to add the Sly Cooper games to your download list.

This month lets you play through the entire series of the Sly Cooper games. So if you want to immerse yourself in a new game, then this month’s line-up of games in the Premium tier is for you.

Additionally, this September is a step-up for Sony as they failed to include some classic titles in the Premium tier last month.

So if you want to hop in a time machine and try out some of the games released on Sony devices in the past, this month’s titles are worth checking out.

Games leaving the PS Plus subscription this month

Despite the fact that some major titles are coming to the service this month, Sony is removing one beloved open-world game. Red Dead Redemption 2 is being removed from the PlayStation Plus subscription this month. Almost every gamer has played Red Dead Redemption 2. Furthermore, it’s one of the highest rated games in the past decade. With its large world where you can fully immerse yourself as Arthur Morgan, the game has something for everyone.

The game is set to be removed from the service on September 20. That day will be bittersweet as Sony ushers in new titles while saying goodbye to this classic from Rockstar Games.

There are a few days left for you to try out RDR 2 if you’re a fan of open-world games like Grand Theft Auto V. After September 20, it won’t be available for download through the PS Plus subscription.

What are your thoughts on this month’s line-up for the PlayStation Plus subscription? If you are a PS Plus subscriber, which game are you looking forward to getting your hands on once September 20 arrives?

We would love to hear your thoughts in the comments below. And if you had to pick out a favorite from the August line-up, which title was it? We’re looking forward to hearing from you.

If you have other questions about Dead Island 2, feel free to share them in the comments. Until then, stay with us here at Spiel Times for more content.