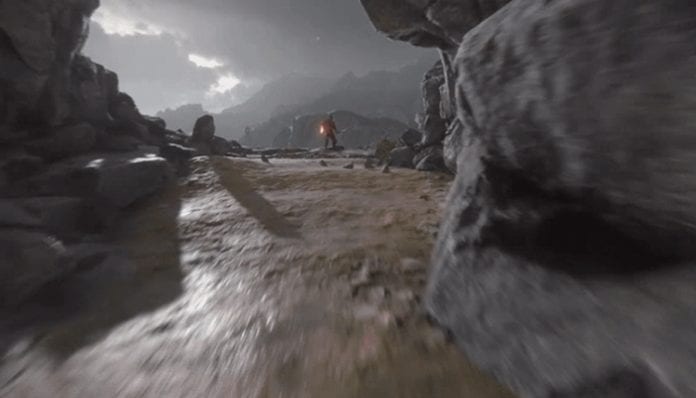 Project Wight is an upcoming game under development of The Outsiders, that lets you play from a monster’s perspective. According to Kotaku, you’ll control an intelligent monster whose kind is on the verge of extinction. And the cause behind it, is none other than us human beings.

David Goldfarb and Ben Cousins founded The Outsiders to work on the game. They have worked on several Battlefield games. The game is a first-person stealth n’ kill and is set in the age of early vikings. Here’s a sneak peek of the game –

You’ll play as a baby monster, and your main objective is to find your parents. However, at the beginning of the video you can spot your father being slayed by the humans. The game allows you to kill humans, climb and jump. After all, you’re an intelligent creature.

“I always side with the monster and the underdog,” Goldfarb told Kotaku. “This is a way to invert the traditional idea of being a hero.” The playable monster will evolve and shift in power throughout its different phases of life, providing gameplay variety in the process.

Project Wight doesn’t have a release date yet, and the name is just a code name for their project. Project Wight is made on Unity, and the team is eager to prove that the engine is capable of making AAA-scaled productions.

We’re ready to wait for some time, and we’ll bring more news regarding Project Wight as soon as there’s any. Till then, like our Facebook page for frequent updates. Please do it, we barely have fans.