Update: Thank you for all the love and support you guys! I haven’t been posting anything since a month due to my board exams and the way this post skyrocketed in terms of views and interactions, is extremely exaggerating. I promise to update more frequently and bring the best of gaming as early as I can. Once again, thank you!

One of the most anticipated games of 2018, God of War, had to go through a retail leak 2 weeks prior to release. Excited Redditors have posted the pictures of their retail copies, revealing a way lot of information about the game. Many have already finished the game and they didn’t hesitate to reveal the game missions, side-quests and lot more, on the front page of the internet.

Redditor who goes by the username, kemar7856 posted the front and back covers of the game, with a title of “Who’s Ready for God of War?”. Have a look – 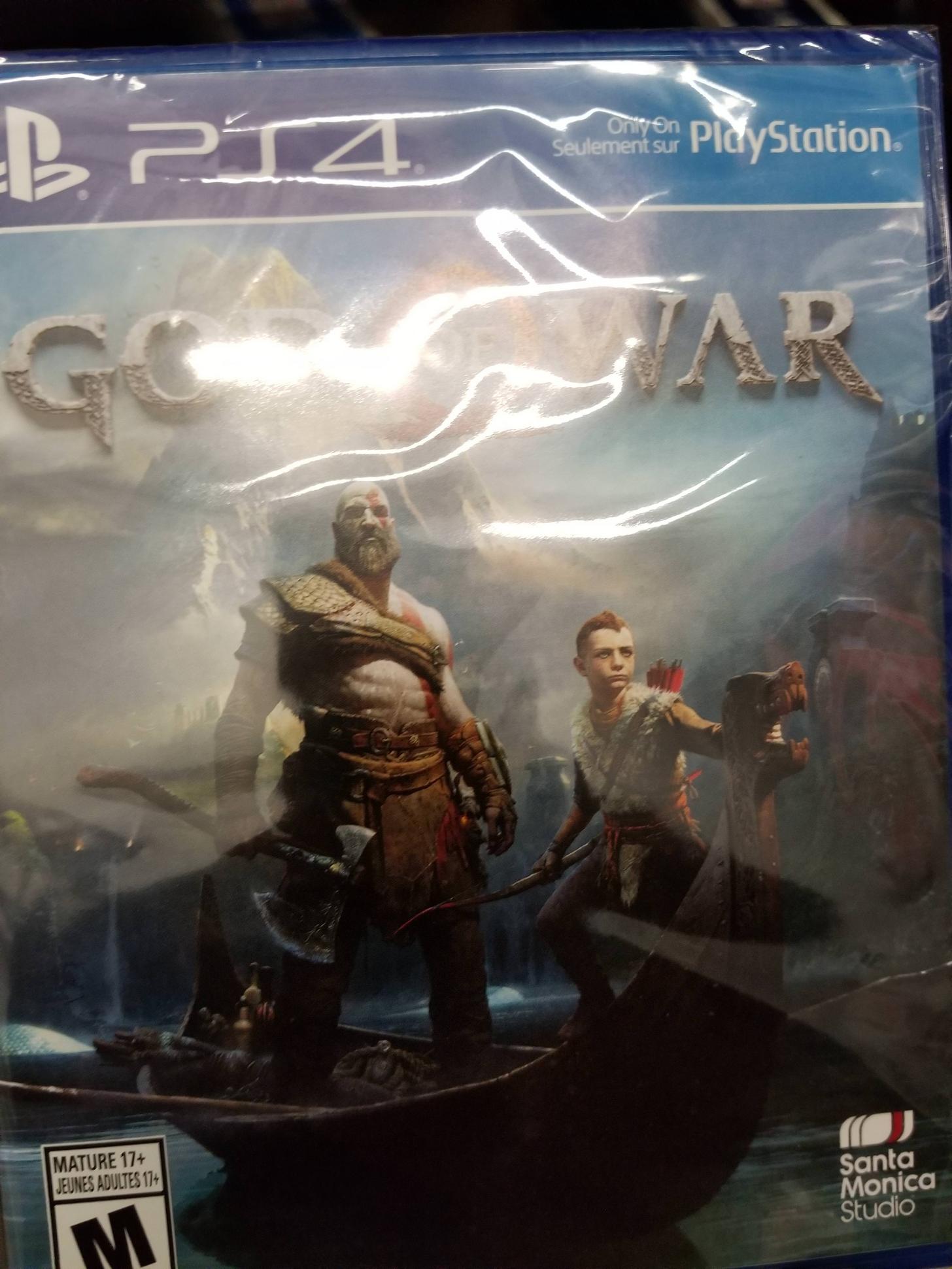 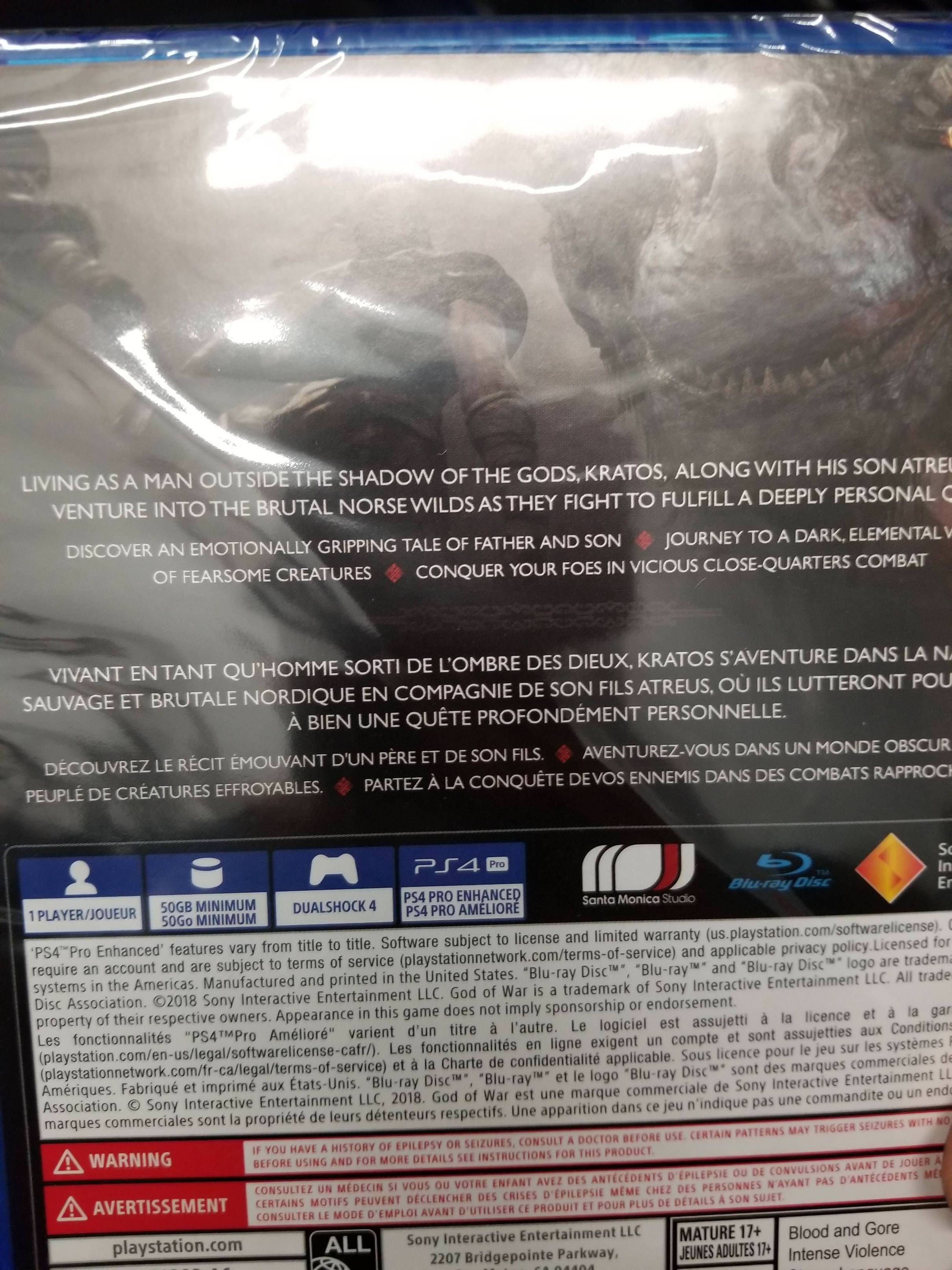 The back cover of the game reveals one of the many important pieces of information about the game. God of War requires at least 50GB of free space for installation. Many speculated the game size to be around 50GB – 70GB and seems like we now have an accurate answer.

Sony recommends players play on “Give Me A Balanced Experience” mode, as it is the synonym of Normal. However, if you’re new to the world of God of War, you could start with “Give Me A Story”, or easy mode.

The ultimate mode, Give Me God Of War makes Kratos weaker, enemies stronger and offers a change in enemy behaviour to make them “as threatening as possible.”

Additionally, on “Give Me God of War” mode, you can’t change the difficulty if it gets too difficult. The only option to reset difficulty mode will be to start a new game.

God of War will also offer an Immersion Mode, that will fill the HUD with the most necessary items. “There’s no right or wrong way to play; you’ll certainly have a lot of helpful info close at hand if you’re playing with the HUD fully enabled,” Sony said. “But for those fans who are sensitive to the HUD, or perhaps for folks who want to stream or capture would prefer as little UI as possible, there you go.”

About the Missions and Playthrough Hours

Players with their early retail copies of the game have posted almost everything on Reddit. Reddit is not at all safe to explore as of now if you’ve been waiting to experience the journey of Kratos and his son yourself.

*Spoiler-free* “Couple of guys beat the game in 12 hours without completing the side-missions. Some said the average game length is 19 hours, along with 8-10 hours of side missions”, said a source.

As many gamers around the globe have already got their hands on God of War, they’d be shit-posting a lot. Spoilers, gameplays and exclusive information about the game are already out. All these might affect your personal gameplay experience. So, keep an eye out for spoilers and try your best to avoid them.

God of War is truly a huge project by Santa Monica Studios. Not to mention, it is also an epic revival the widely loved Kratos Saga. Make sure you enjoy the game only on your own.

Make sure you stay tuned with Spiel Times for more information regarding God of War. Until next time, Happy Gaming!