FINALLY THE WAIT IS OVER!! Halo: Combat Evolved was  released in 2001 for the original Xbox and PC, but the SPV3 mod has been in the works for 14 of the years since the game’s initial launch. . Now that is both a labor of love and a massive sign of some serious dedication.And now, after 14 years, SPV3‘s final version has been made available to the public. 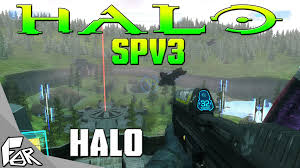 If you don’t know about this mod, it’s a complete overhaul of the original Halo: Combat Evolved campaign on PC. It has  new weapons, enemies, missions, music, and vehicles from the entire Halo universe. Most of the reused assets have also been given re-skins that look far more similar to the weapons in modern Halo games. And on top of all that, some animations have been fixed to appear smoother, and the game still runs at a full 1080p 60 frames per second.

You can find download instructions at the mod’s official. You’ll have to have a valid Halo: Combat Evolved CD key on PC to play it, however. So if you don’t have one, well, head on over to Amazon or get the crack version.

Microsoft also recently announced a slew of Halo 5 tournaments that’ll be happening throughout this month, September, and October.The game may have copyrigt infragments but lets see how the original workers react to this mod.

You can check out the launch trailer for SPV3 below.