If you’re a PS (PlayStation) Plus subscriber, it’s an exciting feeling trying to figure out which games are going to be free in the next month. Here is our prediction of free games set to arrive in August 2022 for PS Plus subscribers. Read on to find out which games may be free and when will the official announcement from Sony release.

PS Plus subscribers have access to a large library of games

As we mentioned, there is no official announcement yet from Sony PlayStation about the official roster of free games available with the PS Plus subscription. However, these predictions are based on rumors as well as any pattern the PS Plus free games have had in the previous months.

Additionally, the PS Plus system had its fair share of renovations and improvements in the past couple of months. Before, there was only one tier for PS Plus subscribers. But now, Sony is offering three tiers for players to choose from.

Given that these are tiers, there are going to be benefits one tier has which the lower one doesn’t have. But despite that, all PS Plus subscribers — whether you’re in the Essential, Extra, or Premium tier — have access to free games every month.

The highlight of the free games this July is Stray, an adventure slash action game which has you take on the role of a cat. In Stray, you are in a cyberpunk world where robots are either nice or hostile towards you. You have to make your way through different kinds of places in order to reunite with your family.

Other free games for the month of July are Arcageddon, Crash Bandicoot 4, and the Dark Pictures: Man of Medan.

OTHER NEWS: Fortnite x The Last of Us: “No Plans,” Says Naughty Dog

Predicted free games for PS Plus subscribers in August 2022

First and foremost, Rollerdrome is going to have its hour long demo available once August rolls in. However, the demo is only going to be available for PS Plus Premium subscribers. But like we said, one of the highlights of a subscription is the access to free games which change monthly.

If some of the rumors being shared on forum sites like Reddit turn out to be true, then we have a good list of free games for PS Plus subscribers this August. On the other hand, take this information with a grain of salt as these are just speculations.

Here are the predicted free games coming to the PS Plus subscription this August: One of the main highlights of the predicted games coming to the subscription service is this title right here. Sekiro: Shadows Die Twice has players in a chokehold the moment it was released back in March 21, 2019. And although the game is three years old, that doesn’t stop players from wanting to try it out.

If the ten awards it won following its release isn’t telling you that it’s a great game, then the team behind it may change your mind. FromSoftware is one of the most notable video game devs of this generation. Aside from releasing hit titles like the Dark Souls series, Bloodborne, and Elden Ring, Sekiro is a fan favorite.

Some of the awards the game has won includes The Game Award for Game of the Year last 2019. And in 2020, it won the NME Award for Best Game and two BAFTA Games awards.

In Sekiro: Shadows Die Twice, you play as a shinobi also known as the Wolf. You control him as he sets out to get revenge on a rival samurai clan which kidnapped his lord.

FromSoftware specializes in action RPGs like Sekiro (see Elden Ring, for example). So if it is included in the free games for the PlayStation Plus subscription, it’ll be a win for gamers who are fond of games like Dark Souls or Elden Ring. 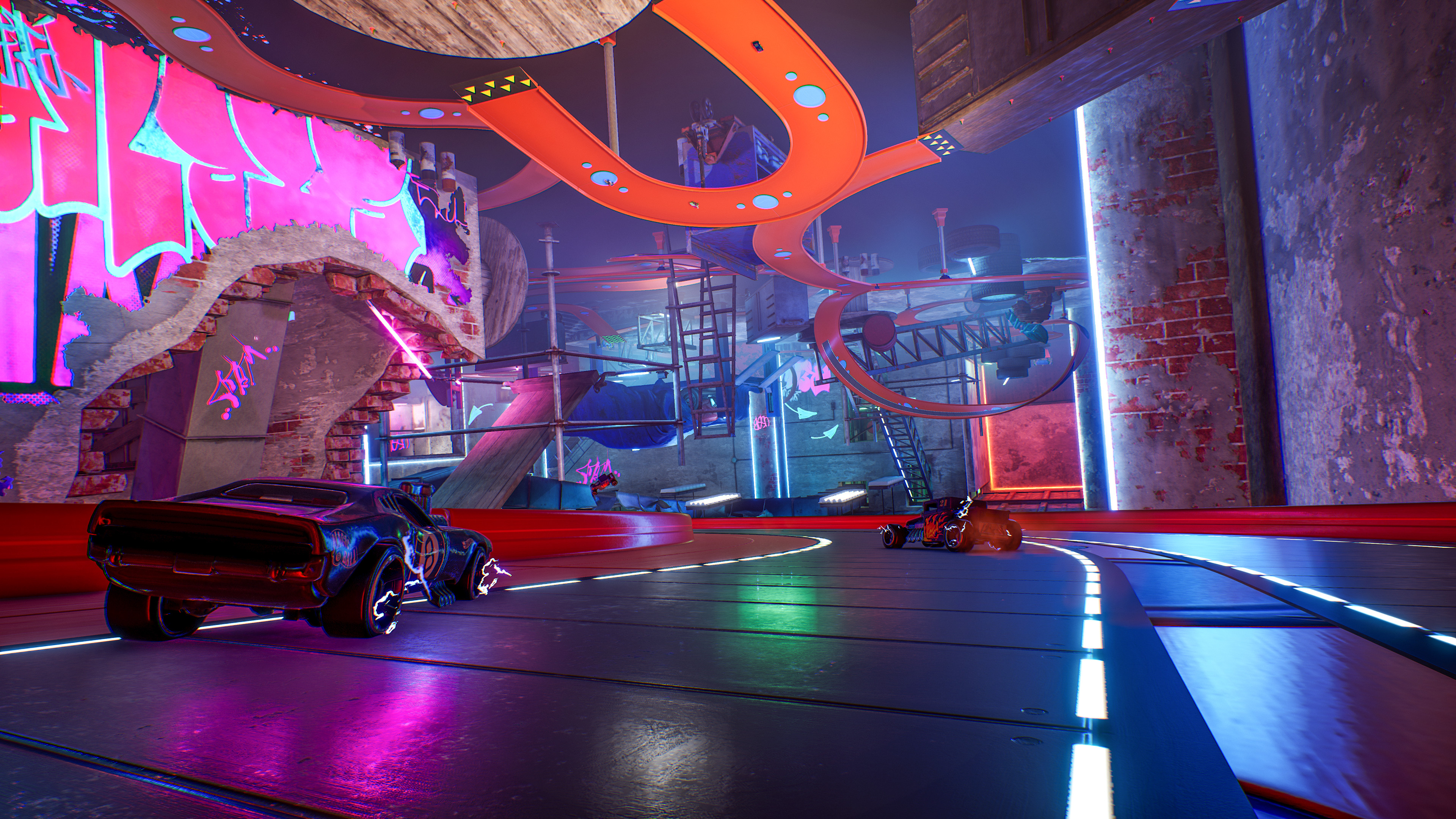 If you’re looking for a racing game to try out, you should consider Hot Wheels Unleashed. Although it was released last year, players who had the chance to try it out testify that this is indeed a great racing game.

So if the rumors turn out to be true about Hot Wheels Unleashed included in the free games for this August’s PS Plus, then we can’t wait to get our hands on it. It was even nominated for Best Sports/Racing Game at The Game Awards last December 10, 2021.

OTHER NEWS: Stray Mod: Play As a French Bulldog; Here’s How! Another potential title included in the free games for PS Plus subscribers is Observer: System Redux. If you’re the type of player who’s into playing psychological horror games, then this one is definitely for you.

Here, you play as an investigator in a cyberpunk world. But you’re not just a typical investigator as you have the ability to hack into the minds of your suspects.

But of course, it has its downsides as you literally see everything in your suspects’ minds. Aside from any potential clues to help with your investigation, you’ll also find yourself in the dark, twisted corners of their minds.

If this comes free with the PS Plus subscription, it’s definitely worth checking out. The remastered versions for the PS4 and PS5 add more to the fear factor. So keep an eye out for the official announcement of free games if you’re interested. To tone it down a little from the horrors in Observer, another title predicted for the PS Plus subscription is Paper Beast. This game has you employ the help of paper creatures to “solve the puzzles of Paper Beast.”

If you’re the type of gamer who likes calm, soothing games, then Paper Beast is a must-try. It also includes solving puzzles that’ll put your mind to the test. But nonetheless, the game is absolutely stunning and worth it.

Although this isn’t necessarily a solid prediction, Saints Row 4 is set for an August release. So it would only make sense if it was made free for PS Plus subscribers since it can help other players get hyped up for the game.

If this does happen, this won’t be the first time a new game is included in subscriptions like the PS Plus. Take Stray, for example. Once it released on Steam and the PS Store, it also became available for PS Plus subscribers.

So we’re keeping our fingers crossed that Saints Row 4 does make it to the cut. It would be an exciting addition to whatever titles they’re making free for PS Plus subscribers.

OTHER NEWS: Genshin Impact: All Bosses – Recommended Levels and Location

The next three games all appeared on PlayStation Plus listings for July. However, they never did become available for subscribers as Sony immediately took down the listings.

However, we’re holding out hope that they are indeed coming to the subscription service since these three titles are games that any gamer should play.

Another horror game that might arrive for PlayStation Plus subscribers is Dino Crisis. This is one of the classic horror games from Capcom and it came from the brilliant mind of Shinji Mikami.

OTHER NEWS: CoD Modern Warfare 2: How to Get Free Beta Codes

Although it does say horror, the enemies you go up against aren’t zombies or evil spirits. In Dino Crisis, you need to fight against deadly dinosaurs while trying to evade them as much as possible. Of course, evading them is not easy as the game takes place in a closed environment, lessening your chance of survival.

If you’re into classic PlayStation games, then Ridge Racer is a game you should check out. First released back in 1993, Ridge Racer was originally available in arcades but then it was picked up by video game companies.

So if you like racing games that would bring back the nostalgia, let’s keep our fingers crossed for Ridge Racer to be included in the line up for free games this August.

And finally, we have SoulCalibur: Broken Destiny. The game is originally released for the PlayStation Portable. However, the recent improvements to the PlayStation Plus subscription allowed for classics to be played on newer consoles.

So if a game released on a different platform before, it can still run on either the PlayStation 4 or 5. If you want a break from typical fighting games like Street Fighter or Tekken, SoulCalibur is a safe choice.

Another fun feature the game has is its character customization mode. From the name itself, players are free to create their own characters and have them fight against others in the game.

Additionally, SoulCalibur: Broken Destiny is beginner-friendly. So if you’re new to the franchise, then this is a good game to get you started.

It is said that the official list of games coming to the subscription service is going to be announced this week. On July 27, 2022, avid players may get the announcement from PlayStation. This is because announcements like this are usually made on the last Wednesday of every month.

If some of the titles we mentioned interest you enough in getting a PS Plus subscription, we highly recommend you do that. But of course, keep in mind that some titles won’t be available for the lowest tier in the subscription.

For now, we can only wait until PlayStation confirms this information themselves.

OTHER NEWS: Dead by Daylight x Attack on Titan – All Details

What are your thoughts on the predicted games coming for PS Plus subscribers this August? Feel free to share them in the comments below. For more content, stay with us, here at Spiel Times.