Nodding Heads’ over-the-top, third person-action adventure title Raji: An Ancient Epic is hitting Steam, PS4, and Xbox One later this month and the studio has announced a very special addition that would surprise an important section of the game’s audience.

The PC version of the game will add Hindi as well as Turkish  Subtitles when it launches on October 15, 2020, the company announced via the game’s steam page. 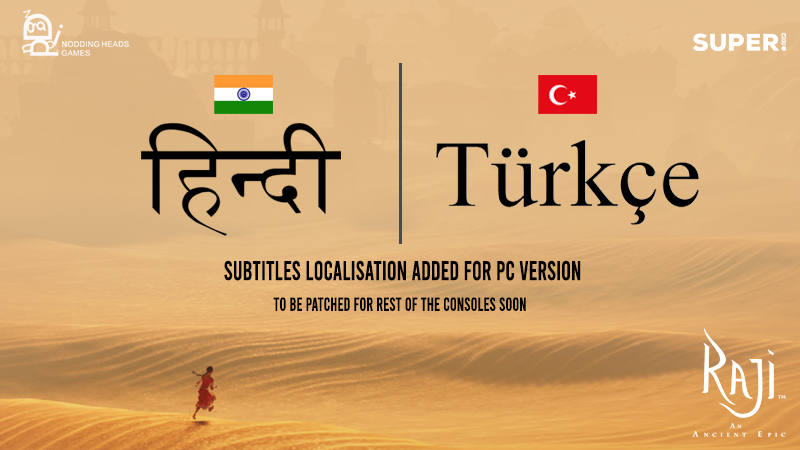 This is an immensely important addition for the Indian audience who has been gravely anticipating the release of this title that respectfully portrays’ the country’s rich and diverse culture.

While the fans have been asking for a localized dub version of the game, this as of now seems like a step in the right direction. As the majority of the country’s gaming audience resides on  PC, it’s satisfying to see this feature being made available there first.

You can check our review of the game’s Nintendo Switch version here.