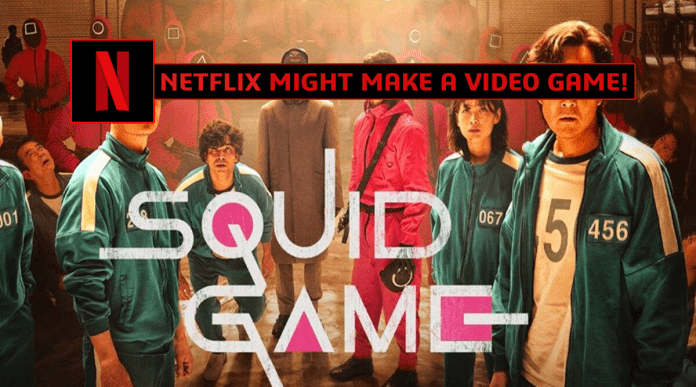 Netflix’s Squid Game (2021) has taken the world of web content streaming by storm. Just recently it became Netflix’s most-watched show with over 111 million views. It’s Netflix’s biggest original show debut as its viewership figures have busted all charts in a matter of just 27 days. If you are unaware, it is a Netflix original South Korean survival drama series written and directed by Hwang Dong-hyuk. Now Netflix is also interested in making a Squid Game video game. In an interview with The Hollywood Reporter, the VP of Content for the Asia Pacific confirmed Netflix’s interest in the venture. According to Minyoung Kim, Netflix is considering creating its own video game based on Squid Game. With Netflix now entering the gaming industry, it might be another step in the right direction for them.

“My team’s role is to really look at all of those opportunities together, to create that roadmap for the Squid Game IP. We are looking at multiple different areas to really figure out what we can bring to our audiences to increase their affinity towards our content and give them more joy while staying true to the world that our creator has built”, said Kim in the interview.

He stated that they have been getting an overwhelming but happy volume of requests from their team members as well as the fans. They are being urged by the consumer product department, the gaming group, and their international teams, to plan the game. Considering the tremendous hype around the Netflix series, it will not be a bad idea to make a game out of it.

What Is Squid Game? There are hundreds of series out there that are as good as Squid Game and many even better than it. So, you must be wondering why does Squid Game gets to be made into a video game and not others? Well, the answer is simple – its concept. As you can guess from its name, its concept is very similar to what we see in survival video games.

Synopsis of the series reads as follows:

As you may have guessed, the high stakes being talked about here is in fact dying upon losing. It consists of around 456 players, drawn from different walks of life but each of them is deeply in debt. They are invited to play children’s games with deadly penalties but a chance to win a ₩45.6 billion prize. So, this is a perfect plot for a new survival video game and Netflix might wanna pounce upon this chance.

If you have any questions regarding Squid Game, feel free to ask in the comments below. For more content, stay with us, here at Spiel Times.