If there is one promising video-game developer that never fails to live up to its fans’ expectations, then it is Naughty Dog. With some of the best creative, strong story-driven and visually splendid video-game series, Naughty Dog is one of the top contributors in the video-game industry right now.

We’ve been speculating TLOU2 for a long time, and we know it will take us on a succeeding journey of Joel and Elie’s lives. The Last of Us 2 was first revealed at PlayStation Experience 2016, in December, where we saw a much older Ellie, playing the guitar and singing a dreadful song, with seething expressions, inside a wrecked house in the woods. She’s 19 now, got a cool tattoo on her right arm, some cuts, stitches and bruises on the right of her neck, and a bleeding scar on the left of her forehead. And unlike the cute and calm Ellie, we saw in the first part, the new Ellie is stronger, deadlier and committed to her ambitions to find and kill every last one of them.

(I have the lyrics for the whole song Ellie sang, and I’m practising it daily, lest any zombie outbreak. Anyways!) Near the end of the trailer, we see a much older Joel, who says the words – “What are you doing kiddo? You really gonna go through this?”, to which Ellie replies with, “I’m gonna find… and I’m gonna kill… every last one of them.” And that’s the end of it.

From within the trailer, some eagle-eyed fans have pointed out the location of the game as well. Based on speculation, The Last of Us Part II is situated somewhere in Seattle. There’s a detailed article about this speculation on IGN’s website. Go check it out.

So now we know two main things about the upcoming Last of Us. One, that we’ll still continue the stories of Joel and Ellie, and the other, this time, the adventure takes place in Seattle, or somewhere close to that. It is now time for us to move to the next Easter egg, Naughty Dog dropped on both last year’s and this year’s Outbreak Day, i.e. September 26. For starters, it is the date inside the world of The Last of Us when the Cordyceps Brain Infection reached critical mass and when all the sufferings and troubles began.

On last year’s Outbreak Day, Naughty Dog posted a poster of an arm loosely holding a blade, featuring light colours, butterflies and branches in the background. An image of the same is attached below, but before you skip to the image, there’s some more information about the same.

Naughty Dog posted the image on September 26, 2016, a date much before the actual reveal trailer dropped in. And to everyone’s surprise, it was later found out that the arm featured in the poster was actually of Ellie from the trailer.

This year though, we saw a poster quite opposite to the above one. Unlike the cool colours, butterflies and branches, and the fairy-tale kinda look, we see a much darker and aggressive representation. The new poster shows the back side of the arm, with the forearm gripping a hammer with great intensity. There’s fire, burning cars, trees, and a hidden wolf.

Is it Joel’s hand? Most of the fans thought about it, but results said something different. To know whose arm is this, let us take a look at the recent The Last of Us Part II – PGW 2017 Trailer. Here it goes –

Now you probably know who holds the hammer in the poster, but there’s more. Let’s break the trailer into tiny pieces. The trailer introduces us to four new characters – Yara (Victoria Grace), Emily (Emily Swallow), Lev (Ian Alexandar) and a character whose identity has not been revealed yet (Laura Bailey). Then there are these two raincoat guys who… uh… just die anyway. Nevermind.

The Location… is Seattle

The trailer doesn’t throw off much about the game, but there are details many of us missed. Again, the scene takes place somewhere in Seattle, and this time it is certain. Eagle-eyes have been able to spot a real-life signboard and resemblance to the actual place. 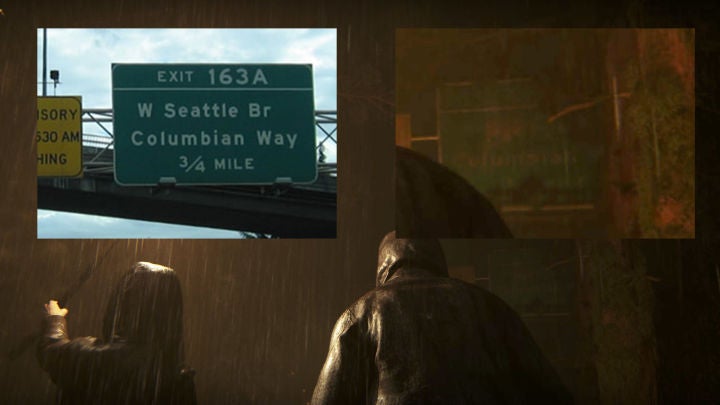 The Unrevealed Character could be Ellie’s mother

Naughty Dog has revealed the names of all the other characters, except for the woman who wields the hammer and almost dies during the course of the trailer.

Fans and major video-game journalistic sites including IGN have speculated this character to be Anna, Ellie’s mother. Based on the above tweet, we see 4 black boxes, which could possibly mean the character Laura is playing has a name with 4 characters. And Anna fits perfectly to fill in the boxes. So, if the speculations turn out correct, The Last of Us could be a title, that narrates the story of both the past and the present together.

From the comic The Last of Us: American Dreams we know Anna died shortly after Ellie’s birth, which occurred a few years after the initial 2013 Outbreak Day. This solidifies the theory of the game taking us to past events. Also, Emily, the new character is seen putting a knife to our ‘presumed’ Anna’s stomach and uttering the words, “they are nested with sin.”

This leads to the theory that maybe, Anna was pregnant at the time of the represented events and Emily, in a motive to stop the virus from spreading, wanted to take the baby’s life.

Could The Last of Us Part II be a part of Joel’s story? 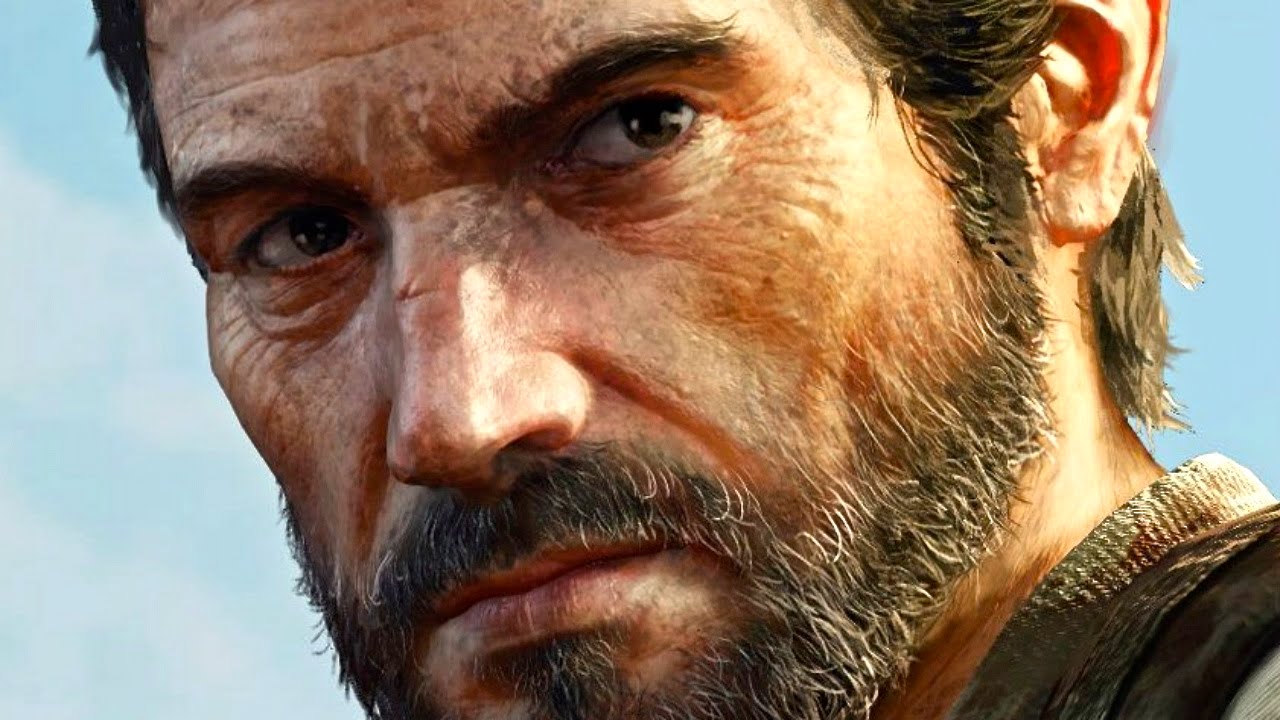 Of all speculations and theories I have read so far, not a single one of them says about Joel’s life. The reason behind it is simple. Because fans haven’t got any shreds of evidence or clues that relate to Joel’s life. However, it gives me a kind of feeling that maybe Part II will revolve more around Joel’s life and that this game takes place a lot earlier than the Outbreak Day itself.

There’s no base for my speculation and it just came out of my curiosity. But, seeing the characters, the setting and the environment, it made me wonder if this could be a much older story than what fans are expecting or thinking of.

Speaking of the Violence in the recent Trailer

While watching the trailer, it made me feel nervous and at some parts, I ended up shouting, “Oh god!” in mere despair. But that doesn’t mean I didn’t enjoy it. I loved the trailer, in fact, the intensity it gave was absolutely flawless. Now many people around the internet have taken up the issue of ‘violence’, ‘abuse on women’ and ‘using violence to sell games’. It is not the way, people are framing up the story. 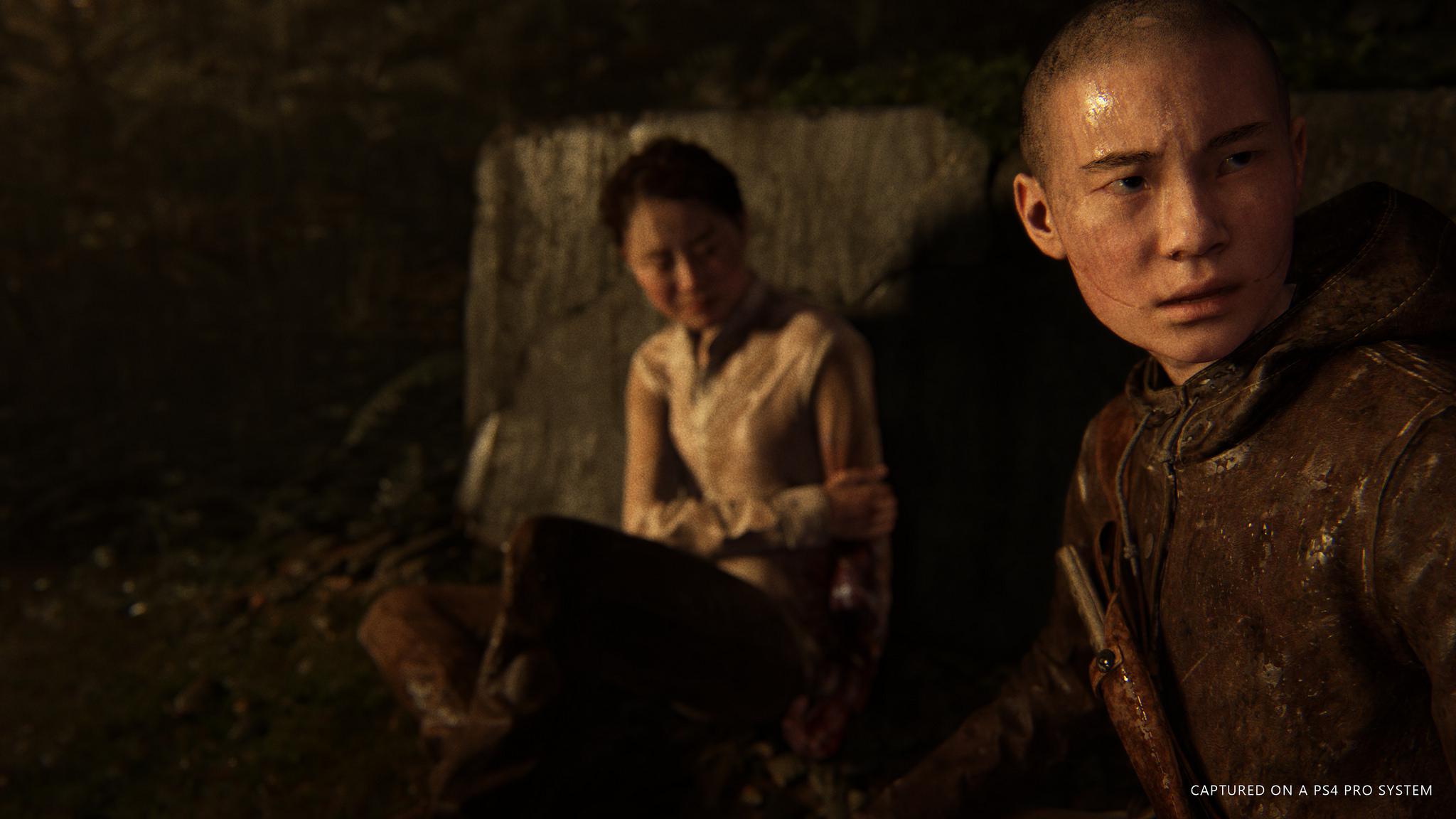 If you’re making a game about zombies, then violence is one of the prominent aspects of the game. The trailer shows a woman, strangling another woman, followed by another woman who rescues the latter and helps in chopping off the first. Do we know the reason yet? No! Then on what basis are the judgements being made? They could be running from common enemies, they could be fighting for their own survival or they could be rehearsing their roles for the game. There are innumerable possibilities. Moreover, it is a video-game, a part of the entertainment industry. If this trailer is promoting women-abuse and extreme violence, I am not sure what series like Game of Thrones or Saw are doing.

I am a die-hard Naughty Dog fan and it had been one of my greatest desire to try out one of their PlayStation exclusives. However, I am still a student of 16, and because of our financial conditions, my parents aren’t able to buy me a console, just for playing video-games. I have held the Dualshocks for only twice or thrice, in a video-game cafe, when I and my family went for a vacation to Guwahati, a place far away from my hometown, and dad had some free time in his hands. Owning a PlayStation system is one of my heart’s wildest desire, and I swear to put all my hard-owned money into buying PlayStation consoles and all my favourite games, that had been on my wishlist since years.

The Last of Us Part II is surely a fascinating, promising and a mysterious title and I look forward to its success, much like its predecessor. There’s no release date so far, but Naughty Dog might be dropping it very soon. Make sure to subscribe to our bell-notifications so that you never miss any updates for The Last of Us Part II.