Days Gone vs The Last of Us Part II: Which Blockbuster Release Is Drumming Up The Most Excitement Among Gamers? 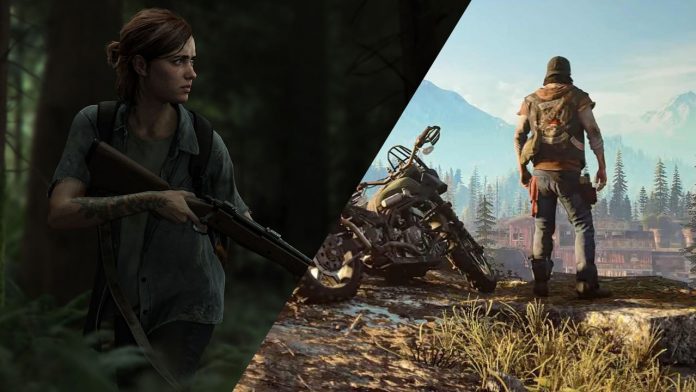 We are now just days away from the release of one of the most eagerly anticipated games of 2019 as Days Gone will hit shelves on April 26. This post-apocalyptic survival title throws protagonist Deacon St. John into an open world dominated by vast hordes of bloodthirsty zombies. Excitement levels are surging among gamers, but Days Gone could well end up being overshadowed by another third-person action-adventure game that involves dodging the rampaging undead. The Last of Us Part II is expected to be released in the fall and it is sure to put forward its own compelling case to be titled “Game of the Year”.

2018 was undoubtedly the year of Fortnite. It earned developer Epic Games an astonishing $3 billion in profits, attracted 200 million players and even found itself used in divorce proceedings due to its addictive nature. It capped a fine year by walking off with the Ultimate Game of the Year gong at the 2018 Golden Joystick Awards. It is now a major esports title as Epic Games has stumped up $100 million in prize money to give it the world’s richest competitive gaming scene.

The battle for this award in 2019 will be ferocious, but the undead genre looks alive and well and it could certainly provide several contenders. The Resident Evil 2 Remake dropped earlier this year, hot on the heels of Fallout 76, Anthem and Metro Exodus, and it has enjoyed many a rave reviews. But the hype surrounding Days Gone and The Last of Us Part II is perhaps even greater and it will be fascinating to see which one comes out on top in the popularity stakes.

Both are published by Sony, both are exclusives for the PS4 and both settings look relatively similar; so comparisons are inevitable. Sony has insisted that they are distinct enough to satisfy different needs from gamers, but the desire for gamers to contrast them will not go away. John Garvin–Creative Director at Bend Studio–admits to being frustrated by these comparisons, but the list of similarities goes on.

They are both third-person shooters, they are both set amid pandemics in the process of wiping out the human race and they both feature zombies, known as “freakers” and “infected” in Days Gone and The Last of Us respectively. There are vicious melees, both place a great emphasis on stealth and there are similar crafting and loot systems at play in each. Yet there are several distinguishing features that set them apart.

Sony made sure that the team at Bend Studio sat down with their counterparts at Naughty Dog, which produced The Last of Us in 2013 before they started working on Days Gone. It knew that Naughty Dog was already working on a sequel to The Last of Us. Thus, it wanted to make sure they were significantly different. “Because Last of Us already existed and Days Gone came later, there is a conversation between Bend Studio and Naughty Dog to make sure that the direction of these teams is going different enough,” said Sony Interactive Entertainment Worldwide Studio President Shuhei Yoshida.

The biggest differentiator is gameplay. Days Gone is an open-world game in the tradition of Far Cry, Grand Theft Auto and Red Dead games. It substitutes the horse in Red Dead Redemption for a motorbike and allows you to zip around the place, making and breaking alliances. Deacon appears to be grieving for his wife while encountering a menacing government agency called Nero. A novel aspect is the notion of zombie hordes that rampage across the world in enormous groups. This brings an intriguing level of strategy to the game, as you will need to use stealth and cunning to survive, and you can take them down with all manner of traps and explosives. There are also infected wolves, bears and children to look out for.

The Last of Us Part II is another cinematic, atmospheric, story-driven game, with a linear narrative. It is not an open-world, as Naughty Dog has continued to opt for a corridor-style approach. Six years ago The Last of Us redefined the zombie gaming genre and many critics hailed it as a certified masterpiece. It became the fifth highest rated PS3 game on Metacritic and was received with universal positivity when adapted for the PS4. It featured a heart-rending narrative and fans loved the poignant relationship between the characters, Joel and Ellie. The combat was varied, there was a refreshing level of vulnerability in the fights, the use of sound was exemplary and the visual features were outstanding.

The huge levels of excitement surrounding the impending release of its long-awaited sequel are therefore understandable. It features an older Ellie, who is playable this time and comes into contact with a mysterious cult. There will be a romance with a new girl called Dina and fans expect new and improved gameplay, while the graphics shown in the teaser look pretty spectacular.

Both titles are poised to be huge and Days Gone may well come out on top, as open world games have performed extremely well in recent years, but right now it is fair to say that The Last of Us Part II is drumming up the most excitement among gamers. It will be the first Naughty Dog title since Uncharted: Lost Legacy in 2017 and the studio has clearly poured its heart and soul into The Last of Us Part II. The initial game is widely revered as one of the greatest of all time and the new release has the potential to be magnificent.
Meanwhile, some factions within the gaming community seem unmoved by Days Gone, rolling their eyes at the prospect of a generic biker fighting zombies. They feel it will be the same open world game that has been regurgitated a number of times, simply with a post-apocalyptic skin. Days Gone has the potential to become a classic, but it has a lot more obstacles to overcome, and The Last of Us Part II seems more nailed-on to enjoy a strong reception among critics and gamers alike.

Fortnite: Charge SMG – How to Get