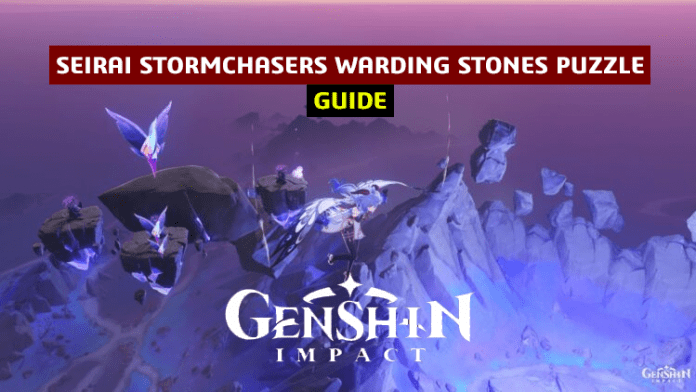 Genshin Impact version 2.1 is here, and along with it come numerous new quests, materials, characters, and whatnot. Obviously, not everyone can do everything as easily as others and many players might face certain problems. One such issue might arise during the Serai Stormchasers Quest.

Fans know that the Seirai Island, which was added in the 2.1 update, is a constant breeding ground for storms. This quest helps you end those storms but not very easily. So without any further ado, let us break it down for you in this elaborate guide and as always, make gaming easy for you. To begin with the Serai Stormchasers Quest, you will need to track down explorers and talk to them. Only after completing the following steps, you’ll be able to get to the Warding Stones Puzzle. Now head to the second Warding Stone marked on your map to the east of Amakumo Peak. You will find two of the poles near the Warding Stone, but the other is a little further west. Now head to the next waypoint where you will need to climb up to the top of a cliff. Then walk over to the energy gate and speak with the adventurers. Now the following steps are a bit tricky, so read them carefully: Near the third warding stone puzzle, you will spot an Electromagnum directly ahead on the new platform. Now keep following the path and you will see some broken platforms.

A new boss called Thunder Manifestation will spawn, fight him, defeat him, and it’s done!