Nowadays, you’re missing out on a lot if you don’t have a game subscription like Sony’s PS Plus. It includes a lot of perks like cloud streaming, the ability to play an endless catalogue of classic PlayStation games, and even early access to upcoming titles. The game library which comes with a PS Plus membership gives players access to over 400 games for both the PS4 and the PS5. And with the new version of Sony’s game pass, it’s split up into three tiers: Essential, Extra, and Premium. The catch is, only those who are in the Extra and Premium tiers have access to these 400 games.

If you have the PS Plus subscription in the Extra or Premium tier, here are the top 10 games we think you should try:

One of the most anticipated game releases this year is Stray, a game from Annapurna Interactive which lets you play as a cat in a cyberpunk world. If that’s not enough to get you interested in playing Stray, the amount of detail they put into giving you the ultimate cat experience might be enough.

From using walls, floor rugs, or even couches as scratch posts to sticking your head in paper bags… Stray is an adventure game and cat simulator all in one. It’s one of the hottest releases this year so it’ll definitely make your PS Plus subscription worth it.

Moreover, it hasn’t been out for a month and people are already looking for a sequel to Stray. With that alone, we think it’s safe to say that Stray should be at the top of your must-play games on the PS Plus.

We predict that Until Dawn is going to be a classic horror game. Although it has been released for over seven years now, people are still getting their own copies of the game because that’s just how awesome it is.

If you haven’t tried Until Dawn yet, it’s a game you should definitely add to your list. Not only do you get to play a game, but it’ll feel like you’re watching a movie at the same time. Plus, we’re sure you’ll get excited when you see familiar faces like Rami Malek or Peter Stormare.

Until Dawn being available for PS Plus subscribers is a major W overall.

Valhalla is the latest installment in the long-running Assassin’s Creed game series. After Origins and Odyssey, players were wondering how Ubisoft will be topping those two historical games off with the next entry in the series. Needless to say, Valhalla did not disappoint. And have we mentioned the amazing expansion packs for Assassin’s Creed Valhalla?

If you’re reluctant to dive into the rabbit hole that is the Assassin’s Creed game series, you’ll see why the game still has a solid fanbase after all these years. One of the features we love about Valhalla is how Ubisoft has improved the ‘roleplaying’ aspect of their games.

Additionally, Ubisoft delivered once more with the rich storytelling in Assassin’s Creed Valhalla. If you have an active PS Plus subscription and haven’t downloaded Valhalla yet, what are you waiting for? The Vikings are waiting for you!

The Yakuza game series is going to be the highlight for PS Plus subscribers in the coming days. After it was announced that the Yakuza games are coming to the subscription service, it got us all excited considering how Yakuza is an awesome game.

Of course, Yakuza: Like a Dragon is not the first game in the series. But we can assure you that this is one of the best Yakuza titles ever. So if you’re just getting into the Yakuza games, you may want to consider starting with Like a Dragon.

However, you will have to wait for a while this August for Like a Dragon to be available for PS Plus subscribers. Nonetheless, the game is definitely worth the wait.

The follow-up to Marvel’s Spider-Man from Insomniac Games, Spider-Man: Miles Morales is a title you should add to your list of must-play games. Despite the fact that the game is quick to beat, the experience of swinging through the high-rise buildings in New York is just beautiful. RELATED NEWS: Spider-Man: Across The Spider-Verse Postponed to Summer 2023

Not to mention how much the Spider-Man game has improved with Miles Morales, it’s hardly surprising that Spider-Man: Miles Morales is such a hit in the gaming community. Another thing about the Miles Morales game is the story in itself.

The first Spider-Man game from Insomniac Games also had a great story. But Miles Morales’ story is more personal and something about it just has us coming back to our PlayStation and booting it up. Swinging through New York using webs is more than therapeutic.

So if you are a PS Plus subscriber, check this game out and let us know if it’s everything we said it would be.

Another game which PS Plus subscribers can download from the free game library it comes with is Ghost of Tsushima Director’s Cut. It’s no surprise that this title managed to get many nominations, each nomination focused on the different factors which makes Ghost of Tsushima great.

Another incredible feature from the team behind Ghost of Tsushima is how dedicated they were to making it historically and culturally authentic. So if you’re looking for a game to scratch that samurai itch, then this might be it for you.

Speaking of history, both Uncharted 4 and an expansion called Uncharted: The Lost Legacy is also available for PS Plus subscribers.

Remember to check out the sale before it ends on August 8. There are tons of games to choose from and we’re sure you’ll find a few good deals that fit your gaming preferences. These are both great games if you’re a fan of the Uncharted game series or even the Indiana Jones film series.

In Uncharted 4: A Thief’s End, not only do you get an awesome gameplay experience. But the story of the game is impressive in itself. We have to hand it to Naughty Dog, they really know how to come up with the perfect story for each game they’ve released over the years.

And as for The Lost Legacy, players get to experience the stories of both Chloe and Nadine. However, don’t expect the game to be as long as the main Uncharted titles. But we’re sure you’ll have a great time playing as these two characters in this expansion for Uncharted. If you have a long subscription with PS Plus, then you should add Red Dead Redemption 2 to your queue of games to play. There’s a reason why people are still playing the game until now and unlike GTA, it’s not because of its online mode. Players love the game because of its complex and intriguing storyline that’s sure to get you hooked.

So if you’re a PS Plus subscriber, better get to downloading this game right now. It might take some time because of its size but you can count on our word that this game is everything you’ve ever wanted if you’re an open-world fan.

Another roleplaying game on this list is Nioh, a title available only on the PlayStation. If you’re a fan of games like Dark Souls and you haven’t tried this, you’re missing out. Nioh is filled with intense boss battles and a rich story to go along with it. 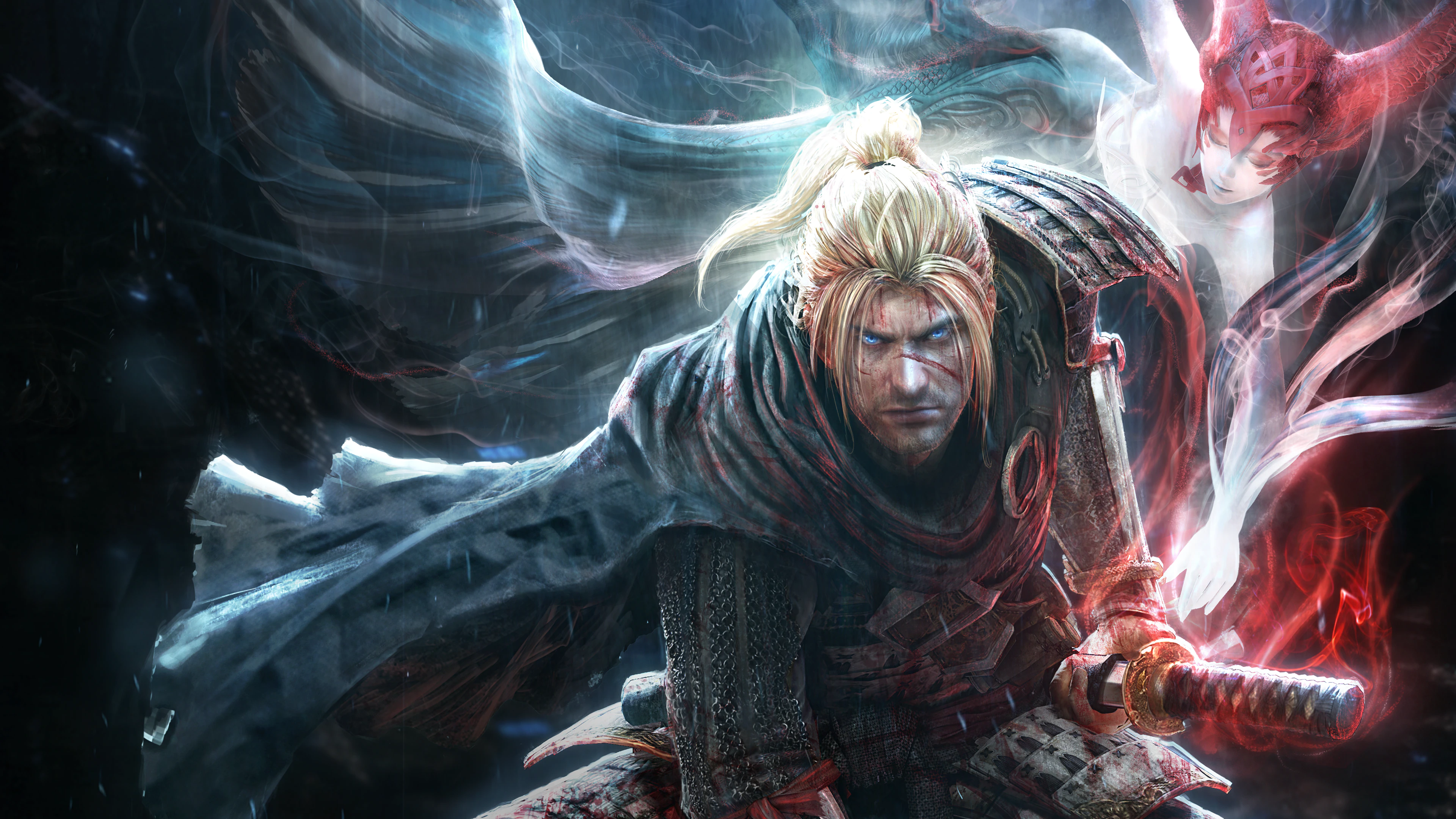 Additionally, the game also has a touch of supernatural elements. So it’s perfect if you want to play a game that’s something along the lines of Witcher. The only difference is you play as a Western samurai. The supernatural and samurais in one game? Definitely on our list.

Like other historical games, Nioh is inspired by the life of the only Western samurai who was an Englishman. The story focuses on an Irish sailor named William Adams. The only downside of the game is its rather confusing storyline.

Nonetheless, its overall gameplay plus graphics has been praised. If you’re not keen on that kind of stuff, try out Nioh for yourself and let us know what you thought of the game.

The game is available for PS Plus subscribers. However, the remastered version released for the PS5 is not available yet.

And to complete our list of must-play games free for PS Plus subscribers, a superhero one. We have titles on here which deal with history and even supernatural beings, so it’s only fitting that we end it with a superhero game.

Batman: Arkham Knight has the most impressive open-world maps ever for a Batman game. Additionally, it’s packed with content that will satisfy every Batman fan ever. Although it was released a couple of years back, it’s still one of the most recommended Batman games by players.

In this game, your main enemies are the Scarecrow and the Arkham Knight. However, you’ll also get to deal with classic Batman villains like the Riddler and Penguin. This is great for fans of the vigilante-slash-superhero in the form of Bruce Wayne. There’s a lot to explore in Arkham Knight and it’s also a great way to anticipate the release of Gotham Knights this October. So if you’re a PS Plus subscriber, we highly suggest that you try this game out for yourself. There’s nothing like gliding through Gotham by air or by land – did we mention you get to use the Batmobile here?

Batman: Arkham Knight offers a lot for players who want to be a badass superhero like the Dark Knight himself.

You’ve reached the end of the list. We hope we were able to suggest new games for you to try out if you have an active PS Plus subscription. Take note that to download these games for free, you need to be in the Extra or Premium tier. You’ll have to spend a few bucks but we can assure you that a PS Plus subscription is worth it.

Or if you want to recommend other titles included in the PS Plus and are worth trying out, feel free to share them in the comments down below.

Let us know what your thoughts are about these must-play games for PS Plus subscribers. Until then, stay with us here at Spiel Times for more content.